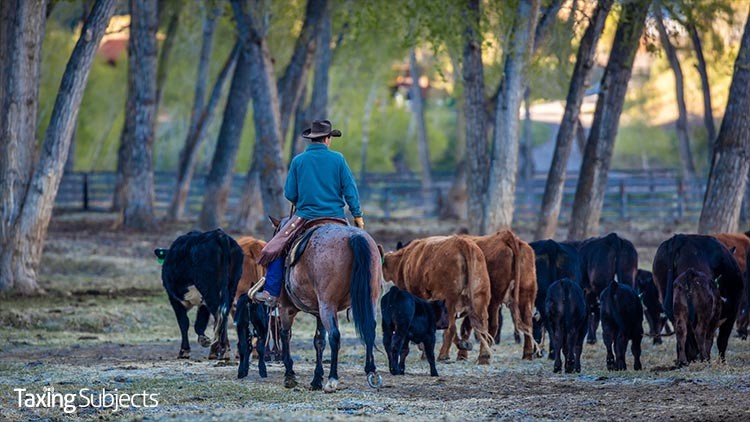 American agriculture is in the grip of a major drought, with many farmers and ranchers forced to sell off major portions of their herds to avoid starvation.

While the Internal Revenue Service can’t make it rain, the IRS can give struggling livestock producers other kinds of relief.

New measures give producers more time to replace the livestock they were forced to sell off while deferring tax on gains from the forced sales.

To qualify for relief, the farm or ranch must be in a county or other jurisdiction that’s been designated eligible for federal assistance, or contiguous to a designated county. Notice 2020-74 lists applicable regions in some 46 states, the District of Columbia, and four U.S. territories.

Generally, the relief applies to capital gains realized by eligible farmers an ranchers on sales of livestock held for draft, dairy, or breeding purposes. Sales of other livestock – such as animals raised for slaughter or held for sporting purposes, or poultry – aren’t eligible.

Qualifying sales must be solely due to drought, flooding, or some other severe weather that caused the region to be designated as eligible for federal assistance.

Livestock generally has to be replaced within a four-year period, rather than the usual two-year period. The IRS is also authorized to extend the replacement period even more if the drought continues.

The notice outlines that the one-year extension gives eligible producers until the end of the tax year after the first drought-free year to replace livestock lost in forced sales. Details – including an example of how the provision works – is available in Notice 2006-82, available on IRS.gov.

What is the window of eligibility?

The determination is made by the National Drought Mitigation Center.

The upshot of all this is that qualified farmers and ranchers whose drought-sale replacement period was slated to expire at the end of this year, Dec. 31, 2020 in most cases, now have until the end of their next tax year.

For more information on reporting drought sales and other farm-related tax issues, check out Publication 225, Farmer’s Tax Guide, on IRS.gov.