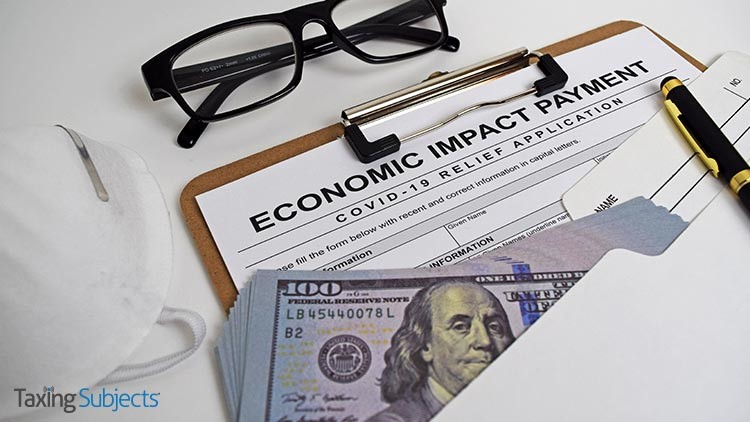 How many Economic Impact Payments have been issued?

Many Economic Impact Payment reporting deadlines are now fixed in the country’s rear-view mirror, and millions of Americans have started receiving payments from the US Treasury Department. That begs the question: Just how many people have received a CARES Act-authorized payment? The answer is found in a recent Internal Revenue Service press release that breaks down the figures by state.

The IRS announced that close to 130 million taxpayers have now received an Economic Impact Payment—up from the 88 million toward the end of April—bringing the total amount of money issued to more than $200 billion.

The five states that have received the most money in payments are California ($22 billion), Texas ($18 billion), Florida ($15 billion), New York ($12 billion), and Pennsylvania ($8 billion). South Dakota, North Dakota, Arkansas, Vermont, and Wyoming round out the bottom of the list, collectively receiving $2.5 billion dollars.

It’s worth noting that the IRS included taxpayers from the District of Columbia and those with foreign addresses in the final count. As of May 8, the agency said that 252,095 DC residents and 595,548 foreign address holding filers have received an EIP.

While the IRS reminded Americans that those who recently filed a tax return and certain recipients of government benefits will have their EIP issued automatically, some non-filers may still need to provide the IRS with qualifying information to receive a payment.

“For those who don’t receive federal benefits and didn’t have a filing obligation in 2018 or 2019, the IRS continues to encourage them to visit the Non-Filer tool at IRS.gov so they can quickly register for Economic Impact Payments,” the IRS urged. “People can continue to receive their payment throughout the year.”

The IRS closed the release with a link to the Economic Impact Payments FAQ page, which answers common questions like the following:

To view current EIP statistics for all 50 states, visit IRS.gov.